Traditional Chinese Medicine (TCM) is an alternative medical treatment that originated from China thousands of years ago. This ancient health system focuses on not only treating a disease or symptom but it looks into your overall health, wellness, balance and harmony of your entire body.

The demand for these alternative treatment methods started to peak in recent years especially since some of its practices are now recognised in the Western world too especially treatments like acupuncture, cupping therapy and exercises such as Tai Chi and Qigong.

For some time, the legitimacy of some of these herbs, in terms of combating and curing illnesses have been in question, especially in the western countries, due to the lack of scientific medical evidence and empirically derived data. However, over the years, various scientific researches has been conducted on these herbs and some have been confirmed to have significant health benefits.

One unique element about Traditional Chinese Medicine (TCM) herbs is that, besides using them to treat illnesses and maladies, it can also be included in your daily meals to maintain your health.

In this article, we introduce the 5 common herbs often appearing in Traditional Chinese Medicine (TCM) literatures and treatments, briefly described their usage and natural attributes. 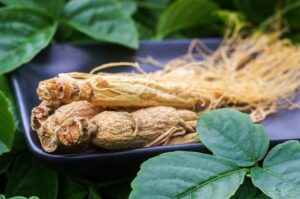 A type of root, ginseng is one of the most popular herbal remedies that’s recognised in the Asian and Western world. There are many types of ginseng available in the market with the two most popular being American and Asian ginseng.

Each type of ginseng has its own unique active compound. For example, between Asian and American ginseng, the former is found to have invigorating properties whereas the latter is helpful as a relaxing agent.

Some of the health benefits found in ginseng include to reduce inflammation, a health benefit found in a study on Korean ginseng and it may help to increase energy levels as well as fight tiredness. 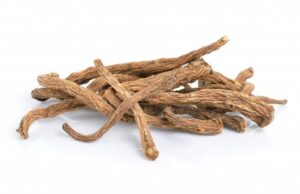 Scientifically known as Angelica sinensis, the Dong Quai herb is a root that is often dried and used for medicinal purposes not only in Traditional Chinese Medicine (TCM) but also in traditional Japanese and Korean medicine.

Dong Quai has a unique fragrance that not everyone may appreciate and for those who are sensitive towards its scent, you may be able to identify the use of this herb in your food, without even spotting the Dong Quai roots!

Dong Quai is found to be beneficial especially among women as it is believed to help ‘enrich’ their blood. As such, this herb is popular especially for women who are recovering post-pregnancy, menstruating and experiencing menopause. This is also the reason why Dong Quai is also commonly known as the ‘female ginseng’. 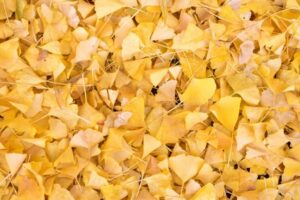 A type of flora native to China, Gingko Biloba is an ancient tree with many scientifically recognised health benefits. Both its leaves and seeds are used in Traditional Chinese Medicine (TCM). Though mainly its extract which is derived from its leaves have been used for scientific research.

Several scientific research have found Gingko Biloba to contain powerful antioxidants that is able to fight and neutralise free radicals. That said, Gingko Biloba must still be consumed with caution as it could have adverse effects towards certain diseases.

Other health benefits that have proven to be beneficial include improved blood circulation and heart health as well as cognitive function. 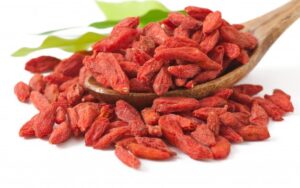 Also known as Goji Berries or Gou Qi, the wolfberry is a popular fruit found in many nutritious Chinese cuisines. Its natural sweetness makes it a popular ingredient especially in herbal Chinese soups.

The Chinese Wolfberry is rich in vitamins and minerals including Vitamin C, Vitamin A and Zeaxanthin. Its health benefits include preserving skin and eye health. Interestingly, a 2011 study found that older adults who consumed Chinese wolfberry supplements had less hypopigmentation or yellow deposits in their eyes after 90 days.

A word of caution though – although the benefits of Chinese Wolfberry can be enjoyed by the young and old, if you’re consuming blood thinners, it’s best to consult your doctor before consuming any form of wolfberry as it could interact with blood thinning medications. 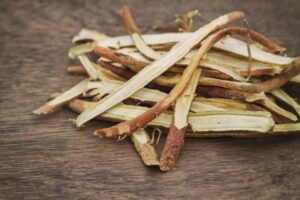 The history of the health benefits of licorice root dates back to ancient Egyptian times where it was used as a remedy for all diseases. In China, this herb is one of the most popular herbs in Traditional Chinese Medicine (TCM) due to its various health benefits.

Scientific studies has found that the licorice root can help to soothe symptoms related to the gastrointestinal tract such as heartburn and gastritis. Plus, it has also shown to be beneficial for breast and prostate cancer patients who are undergoing treatment. The efficacy of this herb towards managing some of the side effects of cancer treatment has also made this root a part of some cancer treatment plans.

Many have benefited from the extensive list of Chinese herbs that can improve your health and wellbeing. As these herbs gain more popularity around the world, its becoming widely available in other countries as well and can be found in several forms including in pills, tea, powder, dried and fresh.

When consuming herbs, although natural, it’s always important to take note of that it may not be suitable for everyone. Do seek advice from a certified Traditional Chinese Medicinal (TCM) practitioner and practice caution especially if you are:

Previous Article
Should You Be Worried About Hair Loss?
Next Article
What Is Pelvic Floor Dysfunction?

Why and When to Take Dietary Supplements
Madeline Kwan January 16, 2020

Why and When to Take Dietary Supplements

Nourish Your Skin Naturally With These 5 Plant-Based Food

Get Better Quality Sleep With These 4 Plant Food

Some love it, some don't but one thing for certain, bitter gourd is really good for us.

Dealing with a mood disorder is already difficult as an adult but how do you deal with your child’s mood disorder? We offer some tips here 👇👇

On keto diet but craving for snacks? Well here are some of the best keto snacks you can indulge in! 👇👇👇👇👇

How do you feel after a workout🏃‍♀️? Pumped🏃‍♀️? Happy🏃‍😀? It was found that adolescents who participated in sports clubs were better socially adjusted, less anxious and generally happier with their lives. Read more to find out why 👇👇👇👇👇